It’s been a busy summer for our trainers and client services staff, with seven new teams graduating from FSD in July. Our grads include three veterans, a special education teacher with mobility challenges, two young people on the autism spectrum, and a deputy sheriff whose professional therapy dog is working alongside him. 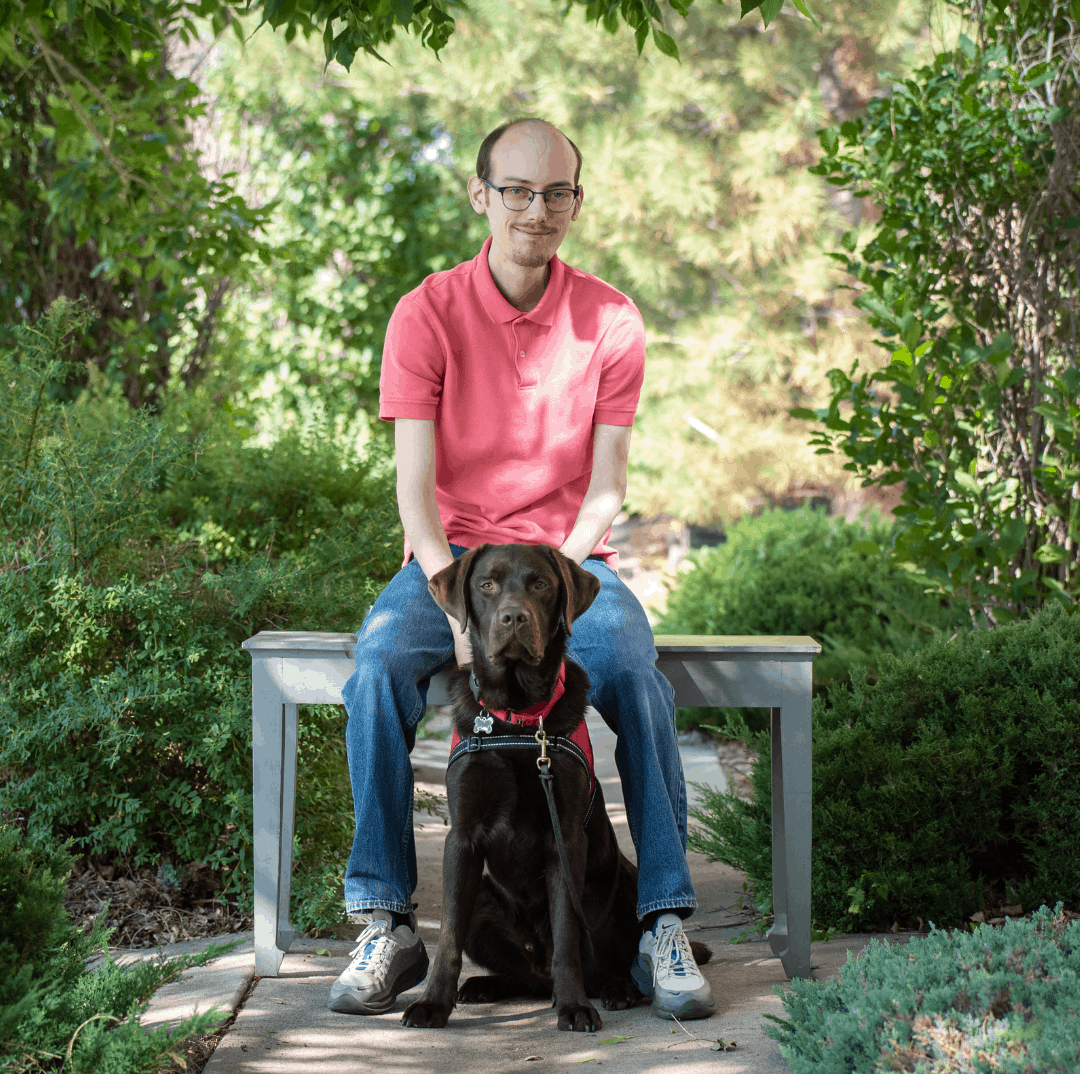 Brendan is a special education teacher in Colorado whose talents include improv comedy and making music. He has myotonic dystrophy, a genetic disorder that affects the muscles and other body systems. Brendan has been matched with skilled companion dog Hagrid, who is Brendan’s first-ever dog and will help Brendan stay steady on stairs and walks around the neighborhood. 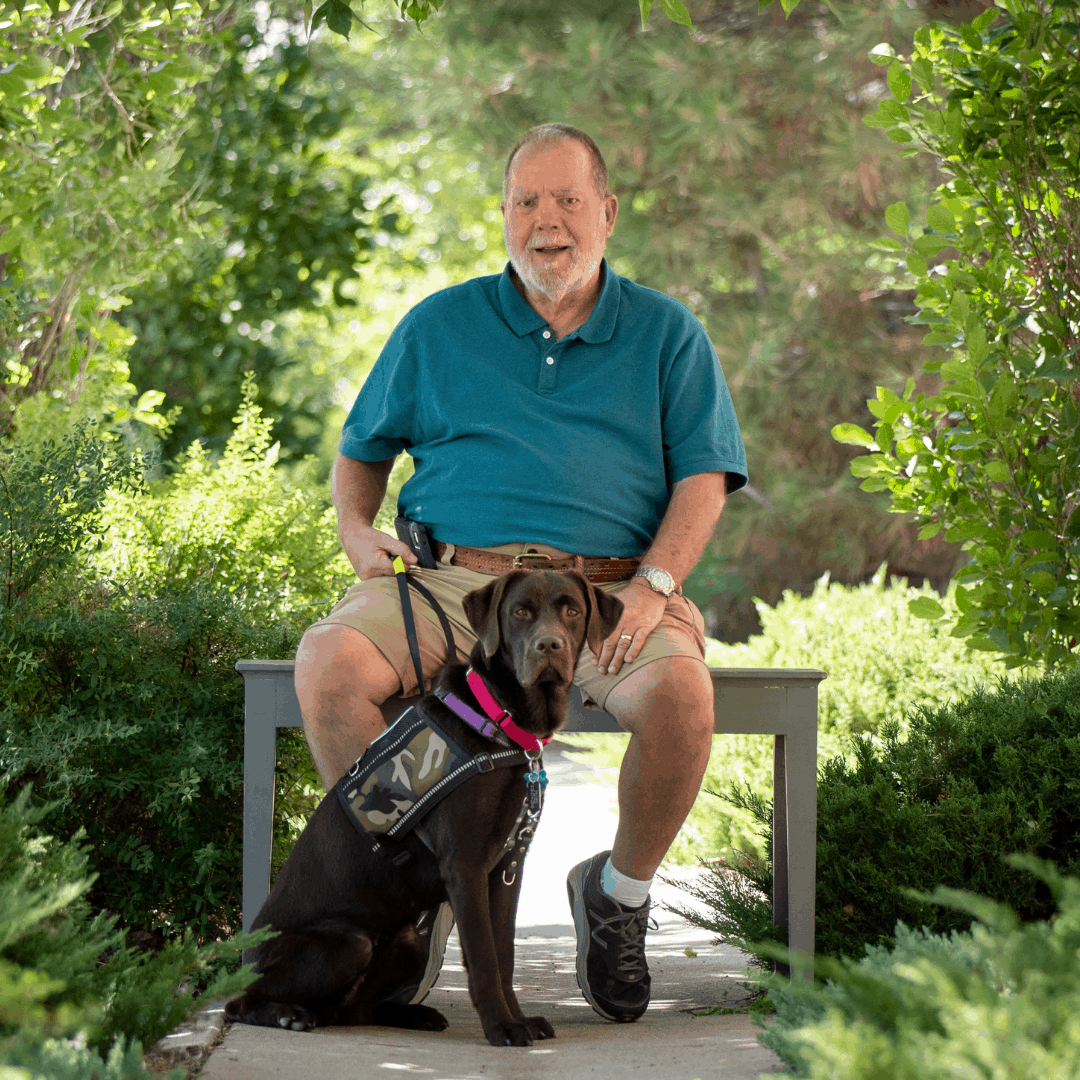 David is a U.S. Army veteran who was exposed to Agent Orange in Vietnam. He has neuropathy in both arms and legs and has undergone several spinal surgeries. Service dog Tonks is helping David become more independent in his Texas home and community by retrieving his cane and helping tug his socks on and off, in addition to reducing his anxiety by creating space around him in crowds. Sponsored by The Salah Foundation 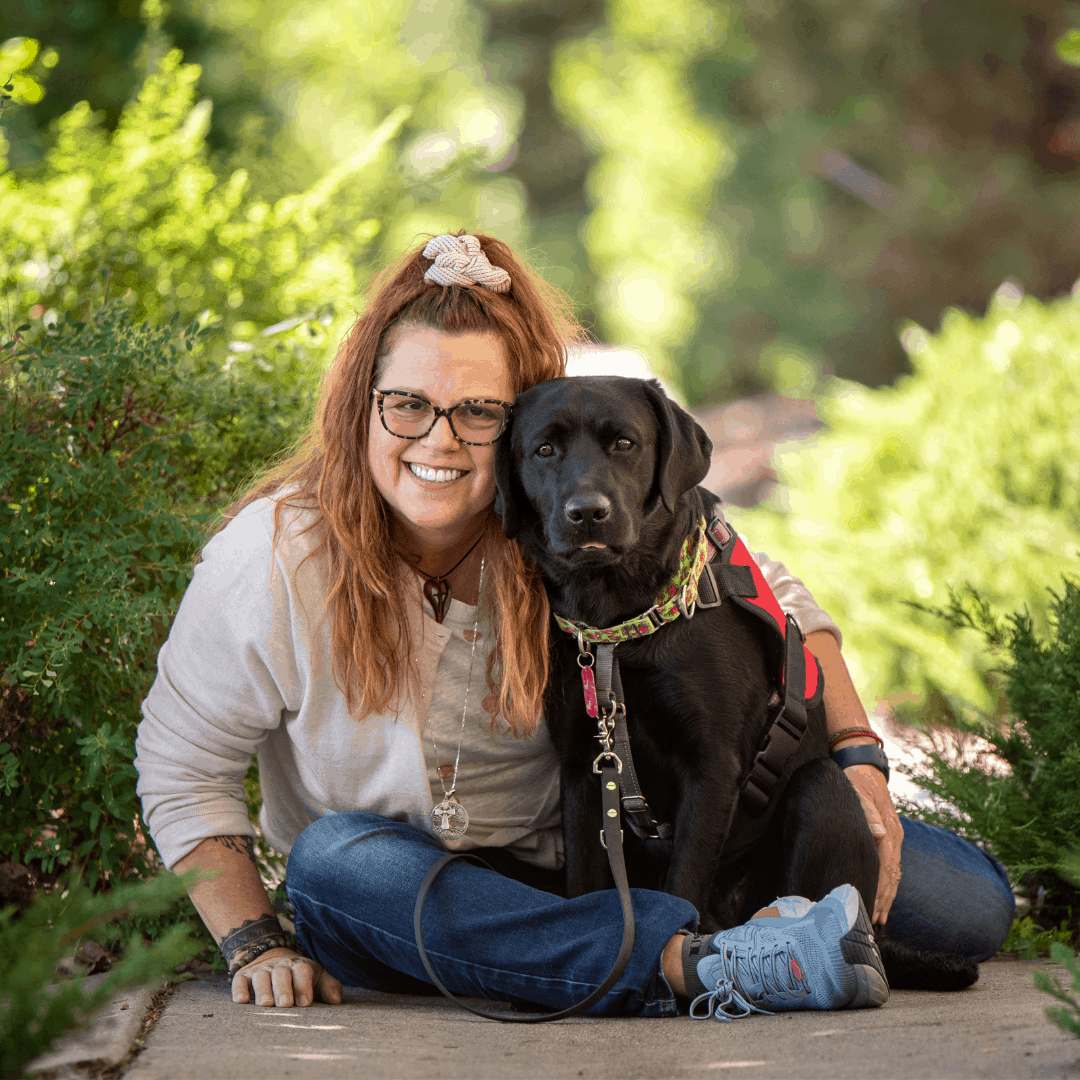 Lara is a veteran of the U.S. Navy who served in the Iraqi Freedom and Enduring Freedom campaigns. She lives in Southern California and works as a military chaplain. Service dog Cayenne has been trained to wake Lara from nightmares, find help, and create space around Lara to help her feel more comfortable in crowds. Sponsored by The Gary and Leslie Howard Foundation 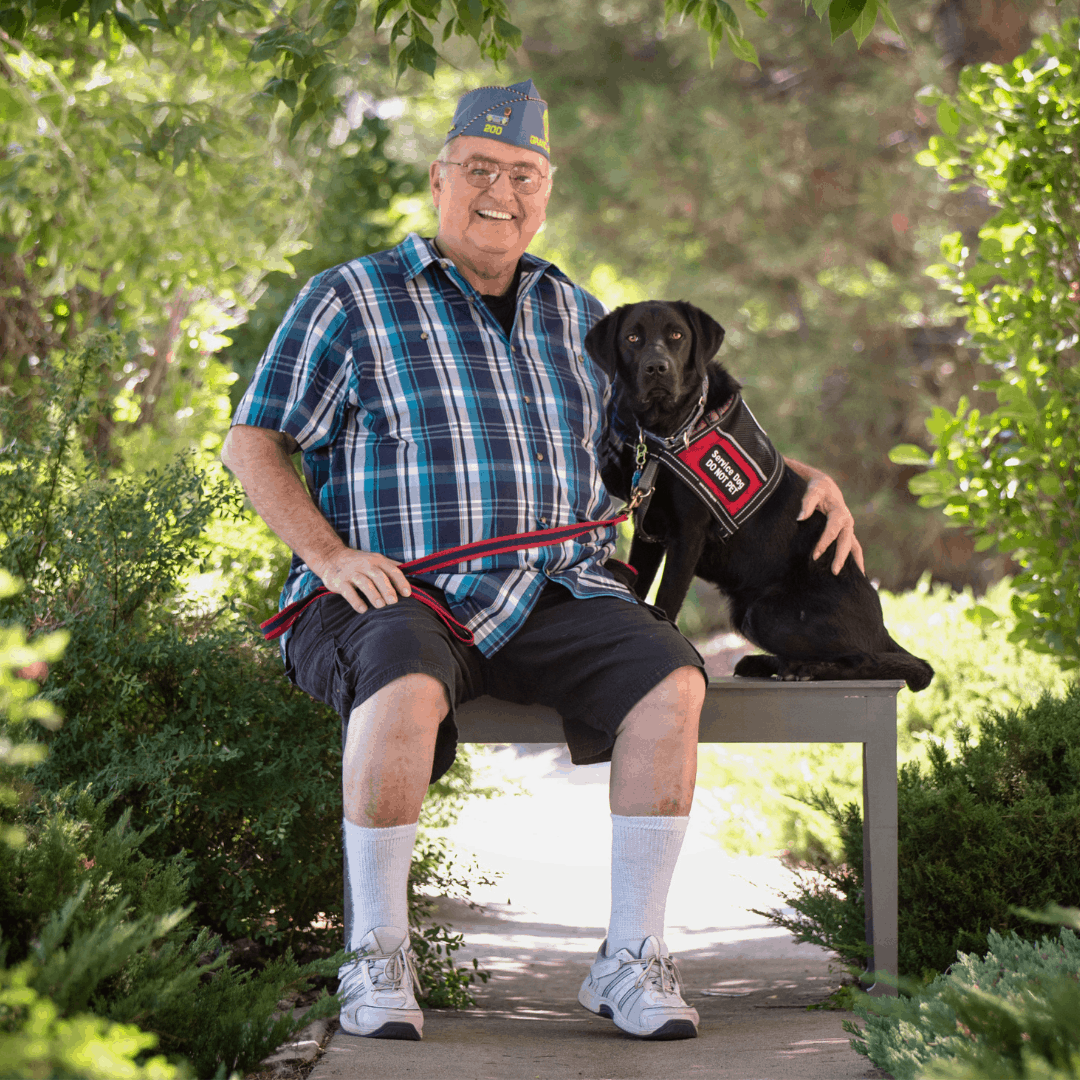 Larry is a U.S. Navy veteran who felt immediate chemistry when he met sweet service dog Taz. She has been trained to retrieve items for Larry, who lives with severe back pain, and to help him feel more at ease in public by creating space around him as he navigates crowds. Sponsored by Joan Ouderkirk 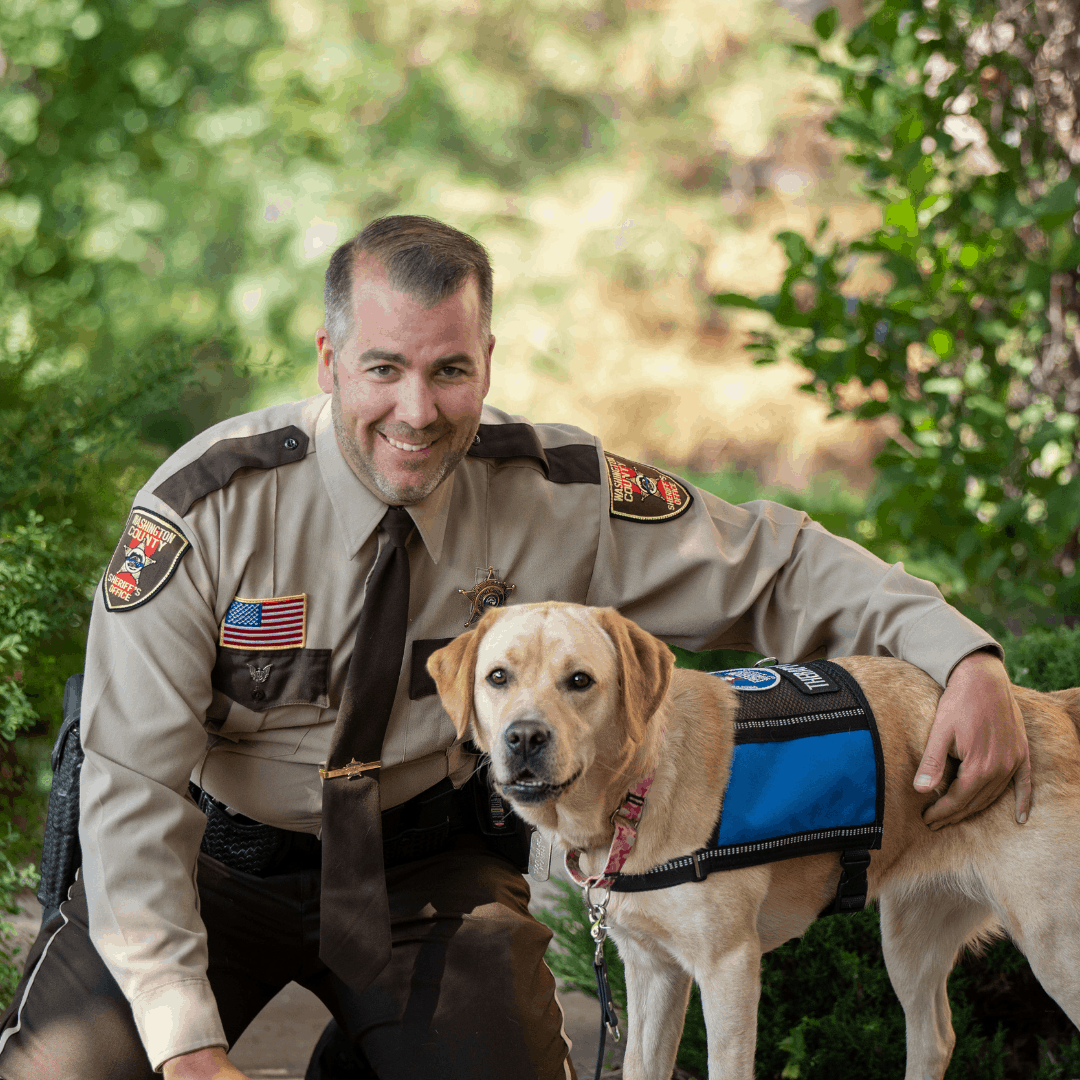 Matt is a deputy sheriff who works on a mental health team with the Washington County Sheriff’s Office in Stillwater, Minn. Professional therapy dog Cookie aka Rookie will assist Matt as he visits members of the community in crisis, providing comfort and a communication bridge. She will also provide comfort to officers during debriefs and after stressful events. 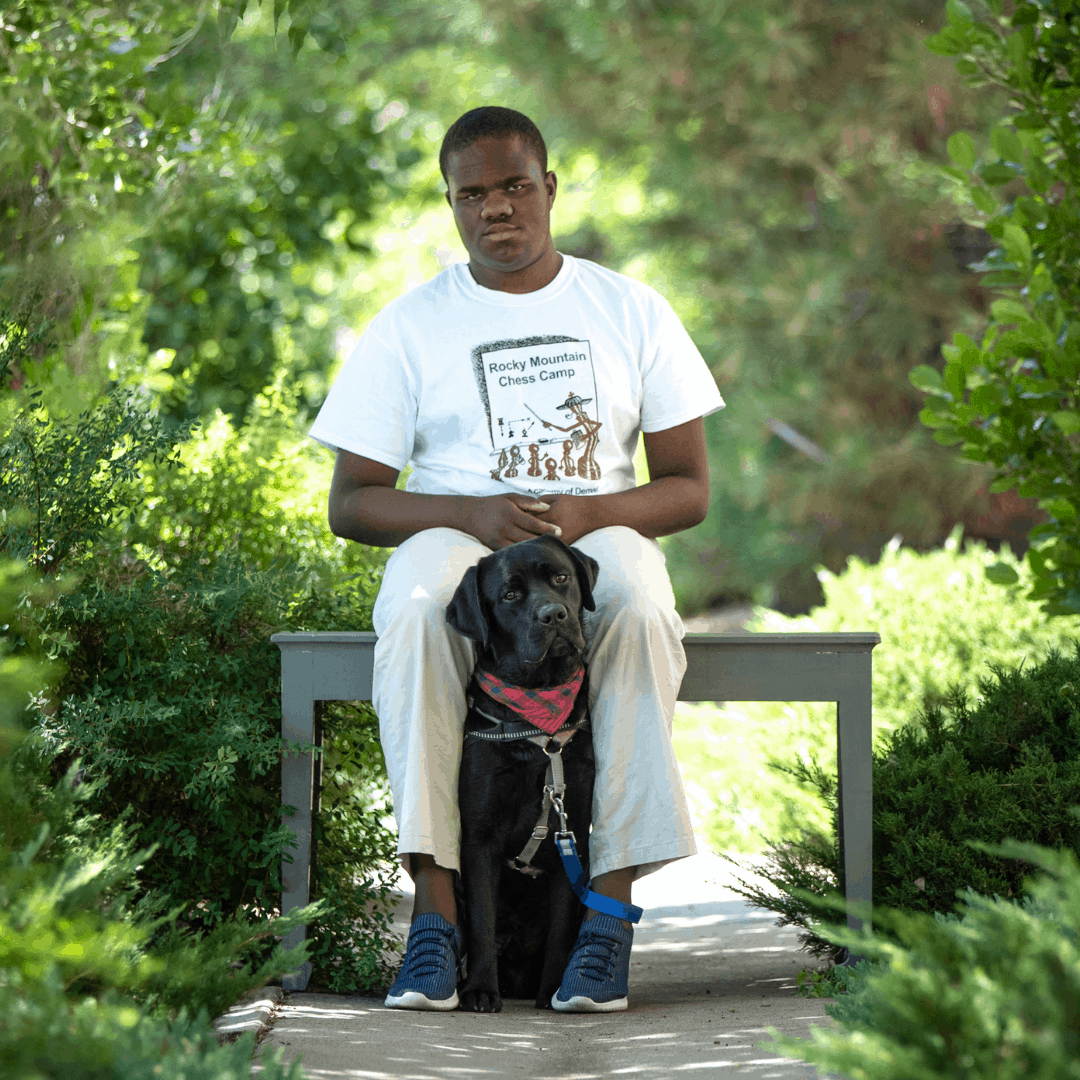 Miles is an independent young man on the autism spectrum who lives in Colorado with his parents, twin sister, and boxer mix pup named Rosie. Service dog Primo has been trained to provide deep, comforting pressure to Miles and support him as they attend high school together this fall. Sponsored by Dr. Marty Pets 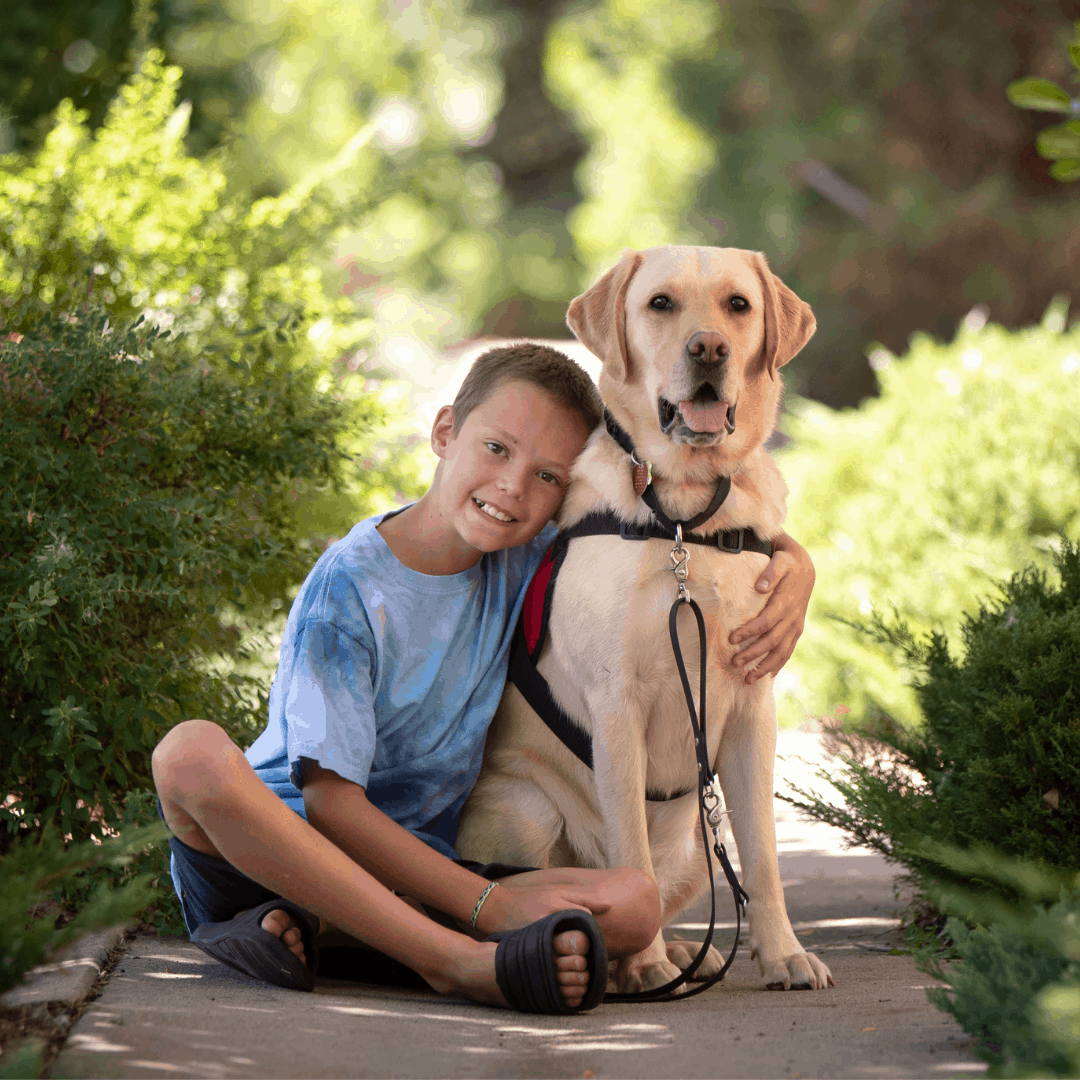 Noah, a 10-year-old boy with autism, has found his match in service dog Griffin, who is helping Noah overcome some of the challenges autism brings to everyday life. With Griffin at his side, Noah is gaining courage and finding enjoyment in going to the store and other places that were previously overwhelming for him.

Congratulations to all these teams and to all the hearts and hands that have made these matches possible!