Volunteer of the Year: Kim Hollingsworth

When Kim Hollingsworth retired from a long career as a teacher and assistant principal in 2019, she recalls feeling not overjoyed, but terrified. “The world is your oyster, and that’s totally overwhelming,” says Kim. So she set out to find a way to fill her days with something that she was passionate about and enjoyed.

Three years later, Kim has become an indispensable Freedom Service Dogs volunteer who has happily taken on virtually every type of work at FSD, from fostering dogs, cleaning kennels, and washing dishes to watching over newborns in the nursery, providing enrichment to adult dogs, and walking mama dogs who have recently given birth.

For her eagerness to learn, her willingness to do any task, her love of dogs and compassion for our clients, and her boundless energy and enthusiasm, we are happy to announce that Kim was chosen to receive our 2022 Werner Kaplan Volunteer of the Year Award.

Prior to her retirement in 2019, Kim started looking for organizations that helped children or dogs. She came across Freedom Service Dogs and decided to sign up for an orientation class. “It seemed to be a good match for me,” she says, “because as a former special ed teacher, I’m passionate about people with special needs, and I have family ties with the military. But at the time, I had no idea how great it was going to be!”

Kim started out working with adult dogs in FSD’s kennels and doing weekend fostering, but when the pandemic shut down the training facility in 2020, she fostered a dog named Twiggy for seven weeks. When Twiggy was released from the training program that summer to become a female breeder for FSD, Kim and her husband were delighted to become Twiggy’s guardian home (they officially adopted Twiggy this fall after she retired from her mama dog duties).

When Twiggy had her first litter of puppies, Kim was introduced to the FSD nursery, a place that has since become her home away from home. She spends about 40 hours a month volunteering in the nursery, including many nights on the 7 p.m. to 1 a.m. shift after a new litter is born and the pups are at their most vulnerable. “Nursery work is really fun,” says Kim. “There’s so much to do, with keeping your eyes on the monitor to make sure none of the pups are in distress, plus occasionally going in to move a puppy, giving medications, and taking the moms out to potty.”

Earlier this year, Kim helped launch FSD’s nursery shadow program and has mentored nearly a dozen new nursery volunteers in the past six months. “I help them feel comfortable during their first shift,” says Kim. “We do a lot of tasks together so they don’t feel so overwhelmed by all the safety and sanitation protocols in the nursery. It’s very confidence building for the new volunteers, and we’ve had a lot of positive feedback.”

Kim also spends two hours each week with the adult dogs who have just returned to FSD after 10 to 12 months with their puppy raisers. “I do enrichment work to keep them from getting bored in the kennels, including self-control games using puzzle toys with treats, reading to them, and working with them to stay calmly on their mats while distracting things go on around them. I also love giving the dogs a bath!”

When asked which volunteer job she enjoys most, Kim has a hard time choosing. “I love so many different aspects of it,” she says. “I like doing a little of everything so I get the bigger picture of where they begin, literally on day one of their lives, to the day they graduate with their partner. I love working with puppies, I mean, who doesn’t? They’re messy and stinky, but it’s really fun to watch how they progress every week. I’m in awe of how much they can learn to do so early in their lives. But I’d have to say the thing I like best is walking the mama dogs, because after they give birth, they’re at FSD for seven or eight weeks, and that’s a long stretch when they’re pretty isolated. So I love spending time with them, because it all starts with the mamas!” 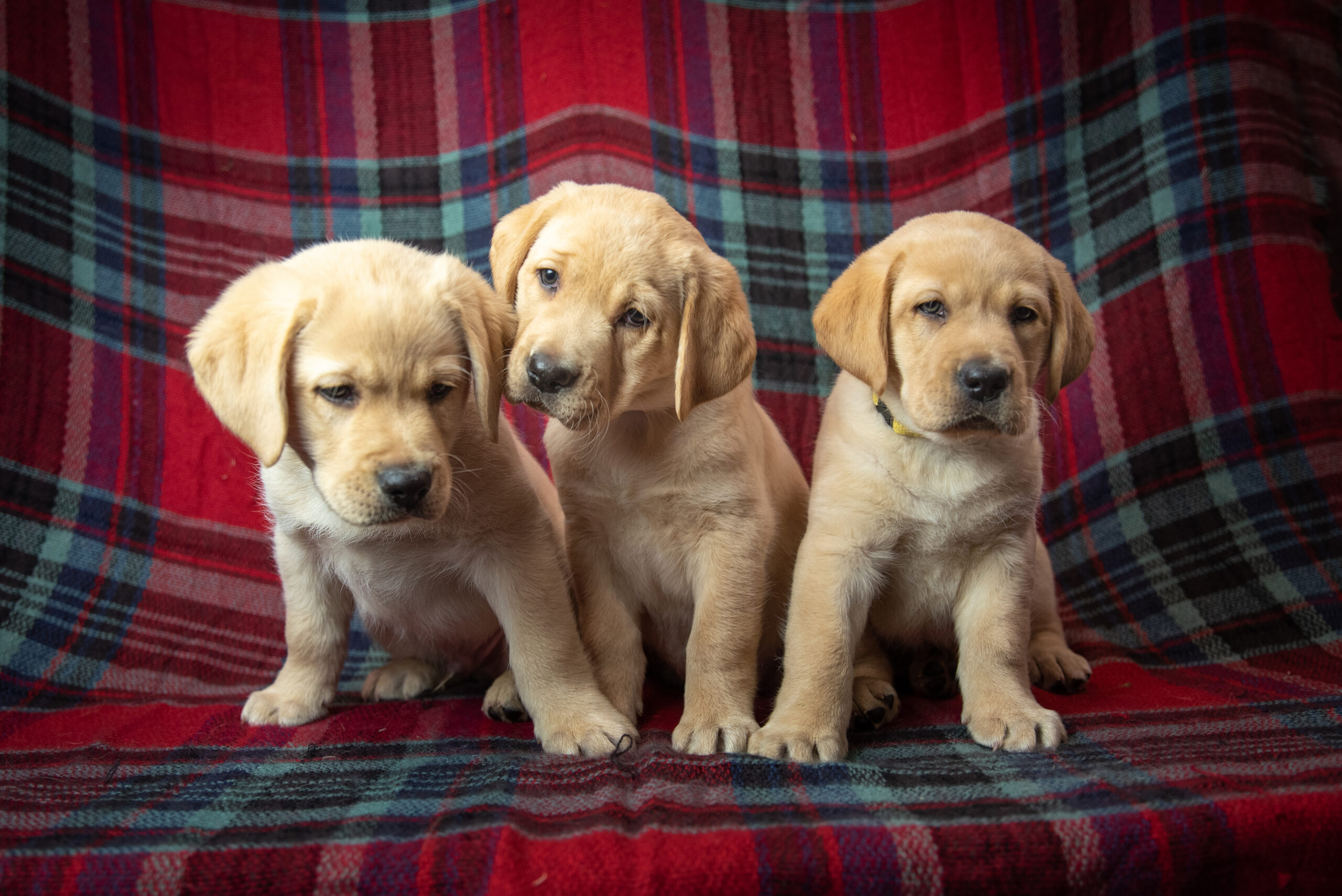 “I never realized what a great spot FSD was going to be for me. When you’re giving your time to an organization for free, you better believe in their mission and get a lot of satisfaction. If you love dogs—and I mean everything about dogs—and enjoy working with kind, dedicated people who are more appreciative than I ever thought they would be, then this is a great place to be. I’ve found my dream place.”

In keeping with her generous spirit, Kim offered to volunteer on Thanksgiving, Christmas, and New Year’s so that FSD staff members could have a day off. “My kids are grown and it’s just my husband and me now, so I want to give someone else a chance to spend the day with their family and just take it easy,” she says.

Of course, Kim is well aware that everything she and her fellow volunteers do for the puppies and dogs has the same goal: to produce future service dogs that will transform the lives of veterans, children, and other people with disabilities. “Meeting some of FSD’s clients has been one more affirmation for me of why I do what I do. They’re amazing, very strong people, and a lot have sacrificed so much. It blows me away that these dogs can do so much for them.”

Looking back on the past three years, Kim says, “I never realized what a great spot FSD was going to be for me. When you’re giving your time to an organization for free, you better believe in their mission and get a lot of satisfaction. If you love dogs—and I mean everything about dogs—and enjoy working with kind, dedicated people who are more appreciative than I ever thought they would be, then this is a great place to be. I’ve found my dream place.”

Learn about all our volunteer opportunities at Freedom Service Dogs here.