This is fluffy freedom!
Service dog supports teen with autism 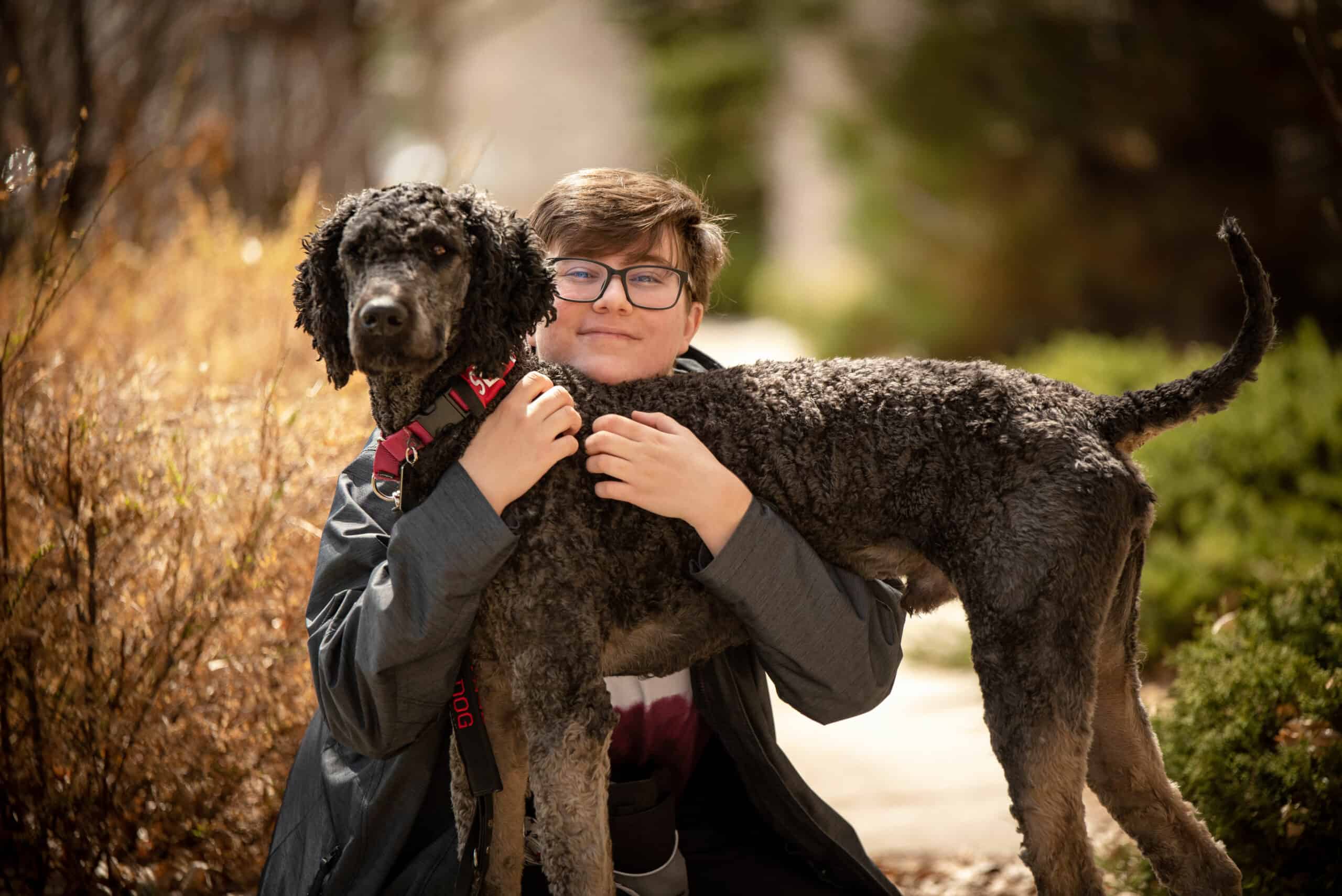 Jay is a bright young person with a remarkably grateful and tender heart. While researching resources to help teens with autism, like himself, find jobs, he learned that service dogs could help those on the autism spectrum. “The more I looked into it, the more I realized how much I could personally benefit from a service dog that could do tasks like making space around me and providing comforting sensory input,” says Jay.

Harnessing the power of autism to pursue his dream, Jay selected Freedom Service Dogs as a good fit. In March, he bravely left home in sunny Southern California in a T-shirt and shorts to meet an FSD service dog named Phantom in the face of a Colorado blizzard. “He was so fluffy!” recalls Jay of his first impression of the smart standard poodle. “I believe he had a big, poufy country cut when I first met him. He was so cute and such a gentleman.” 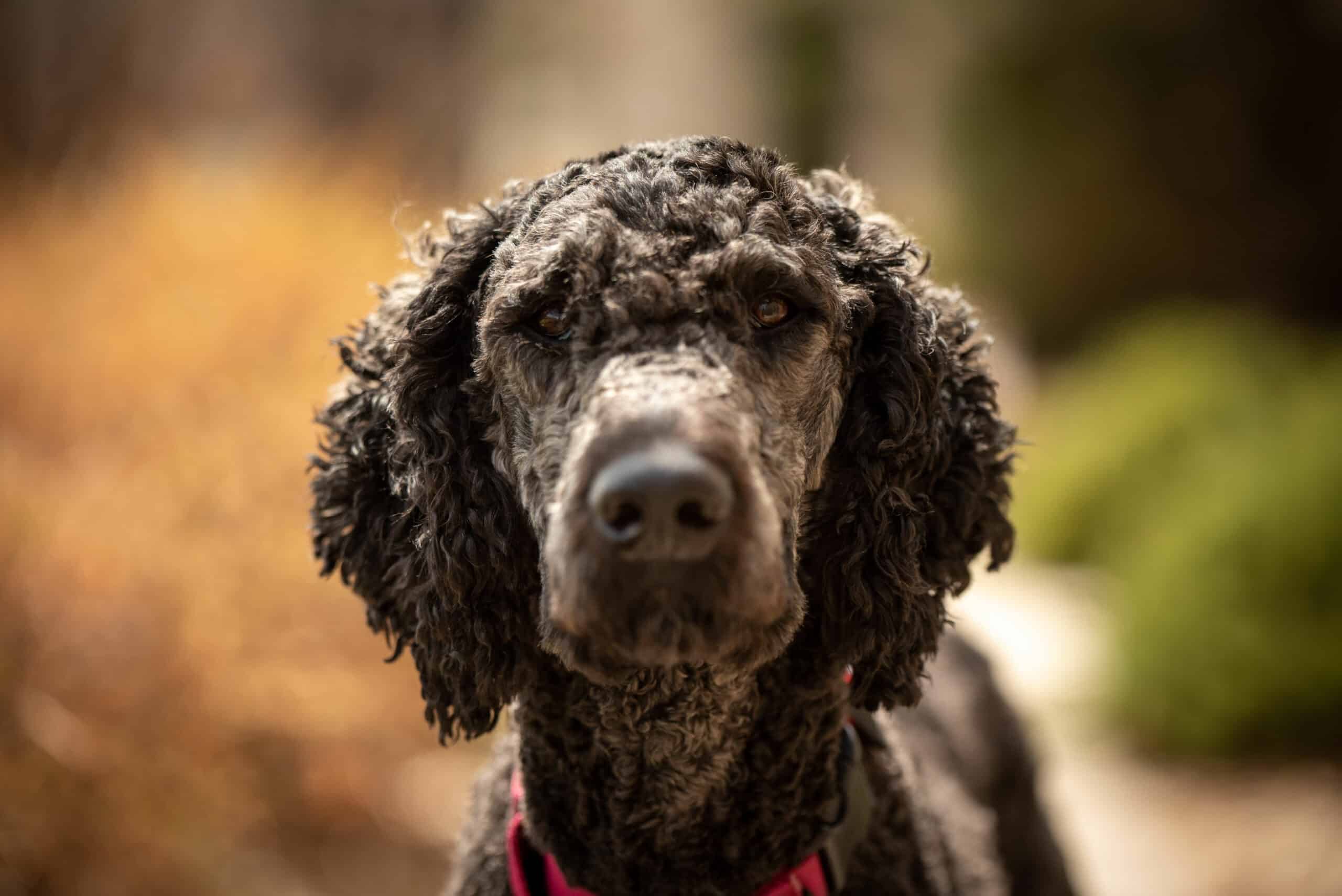 Jay returned to FSD in April for a two-week placement class, in which clients bond with their new dogs and practice advanced skills designed to meet their unique needs. Says Jay, “It was a lot of fun and also really educational! I was already super into dogs, so it was basically two weeks of my favorite things. Hanging out with the other teams was super nice, and the trainers do such a good job. I remember feeling confident that I could handle most things I would encounter and reassured that I could always ask for help with anything.”

Jay and Phantom have been a team for over three months and go everywhere together. “Right now, I’m enjoying my newfound independence,” says Jay. “I’ve gone out a lot more on my own and have been able to do tons of things that would normally be very overwhelming, like going to the doctor by myself and picking up groceries.” Phantom also helps Jay stay present and calm in new situations and provides a blanket of TLC for Jay when life’s stress is getting the upper hand.

A natural with animals, Jay sets his calendar around “Shark Week” viewing on the Discovery Channel and aspires to study in the field of marine biology, with the goal of working as a vet tech at an aquarium one day. Says Jay, “We’ve been to an aquarium already and Phantom was really fascinated by the fish once he realized that’s what everyone else was looking at!” 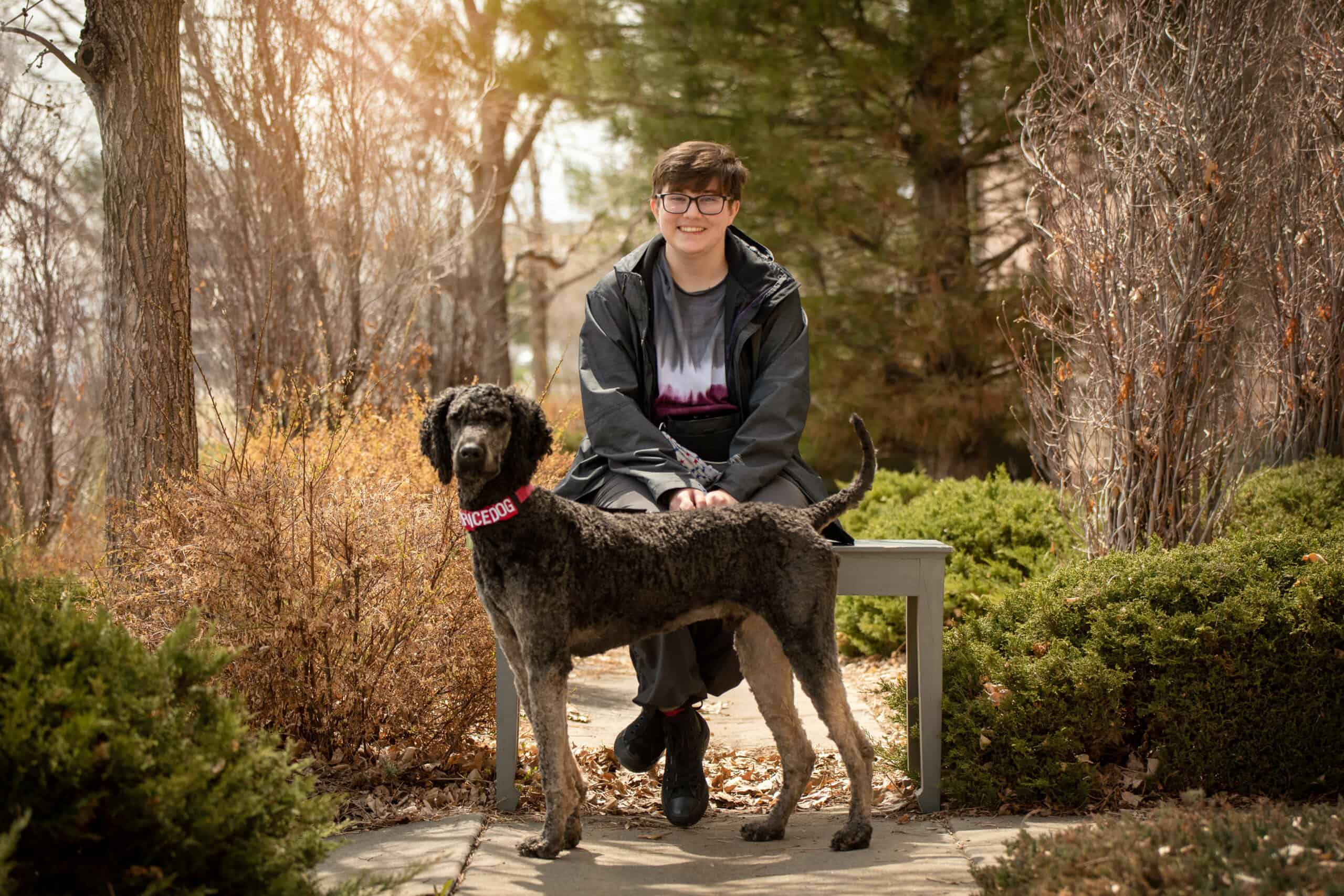