Shay & Tiptoe: “My number one” 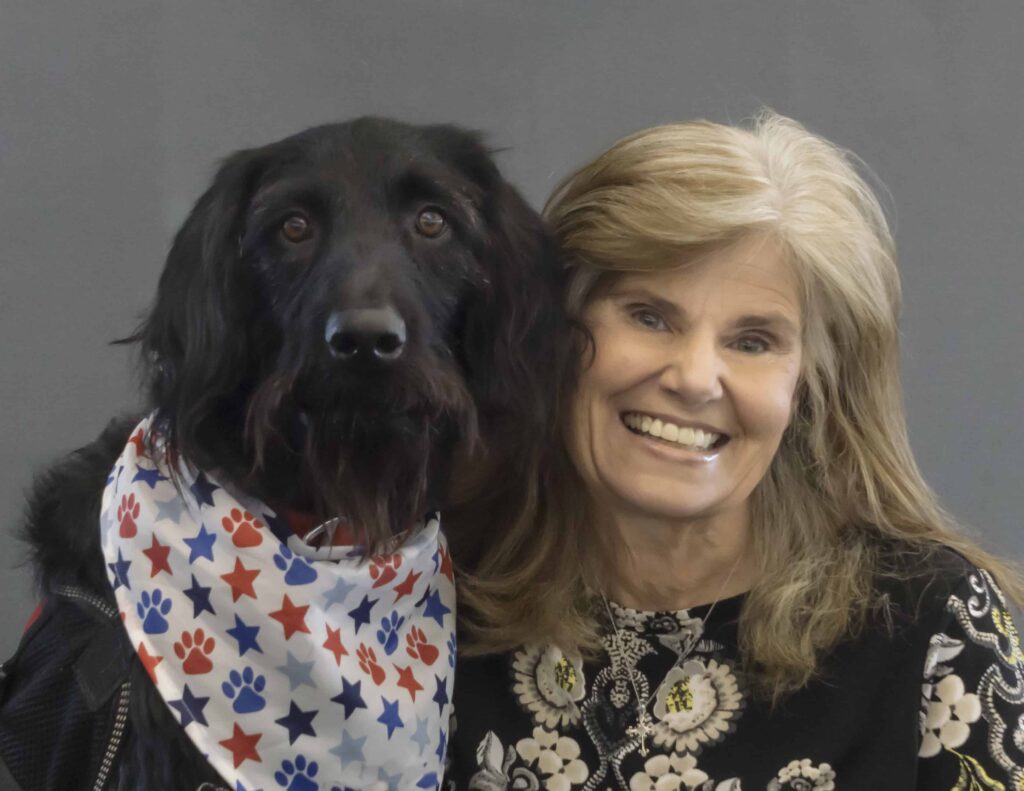 For decades, U.S. Navy veteran Shay almost never left her home due to the post-traumatic stress (PTS) that plagued her after serving four years in the military. She suffered from extreme social anxiety and stayed indoors as much as possible, having other people do errands for her and shopping online. In 2017, on the advice of her doctor at the VA, Shay applied for a service dog from Freedom Service Dogs (FSD), even though she had never before owned a dog and was unsure whether one could help her.

In 2018, FSD matched Shay with a calm, loving Labradoodle named Tiptoe. They then joined our Operation Full Circle (OFC) program, in which veterans with PTS and traumatic brain injury work alongside FSD trainers for four months to train the dogs they receive—at no cost—from FSD.

Shay made the trek from her home in Grand Junction, Colorado, to FSD’s training facility in Englewood every week to attend OFC, where she gradually became more comfortable around Tiptoe and her four fellow veterans. By the time they graduated, Shay and Tiptoe were a true team. 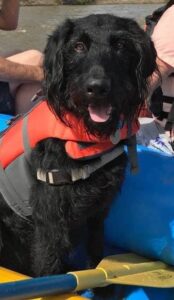 Today, Shay and Tiptoe are together 24/7, with the big, gentle dog giving his veteran the confidence to venture out into the world. Says Shay, “Now I go everywhere: rafting, kayaking, on a plane to Universal Studios in Florida, to the beach in California, to the casinos in Las Vegas. If not for Tiptoe, I wouldn’t do any of those things.”

Shay still suffers from social anxiety, but she says that with Tiptoe—who is somewhat of a celebrity in Grand Junction—she can stay in the background when people want to pet and play with him. “He’s very patient and waits for me to give him the command to visit,” she says, “and when I do have to talk with people, it can be about my dog.” 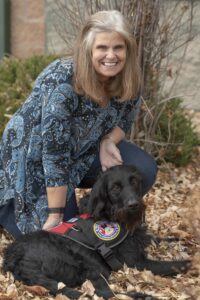 Tiptoe has been trained to create space around Shay, turn lights on and off, and wake her from nightmares by putting his face under her arm and nudging her. “We kind of read each other’s minds,” she says. “He leans into me to calm me if I’m having a panic attack. He lets me play with his ears when I’m anxious. And when I come out of a seizure, he’s touching my face. He just knows when something is wrong with me.”

Shay says the biggest challenge of having a service dog is facing the judgment of other people, which she feels in their comments or body language. “They don’t believe Tiptoe is a service dog, or don’t think I should have a dog in a restaurant, or don’t believe I really need a service dog,” says Shay. “I think most of them are upset because they can’t take their own dog wherever they want.” When the comments or disapproving looks occur, Shay has learned to either say nothing or to deflect them with a polite “Thank you, he does a great job for me.”

Fortunately, the reactions of others can’t tarnish the independence and happiness Shay now experiences, thanks to Tiptoe. “I don’t know what I would do without him,” she says. “With Tiptoe, I have so much joy, and there’s so much more I can do in my life. Never in a million years did I think I could bond to a dog like this, and now he is my number one.”